A downloadable game for Windows

A turn-based RPG where you can collect monsters by "linking" with them and train them to help you to face even stronger ones! Othercell's goal is to make the player feel that sense of adventure,  discovery and mystery games such as the older Final Fantasy games and Shin Megami Tensei did! With large dungeons to explore, tough battles, and exciting stories!

Othercell is set in the Silent Side, a mysterious dimension discovered by humans many years before the events of the game. But what is the Silent Side for? And how does it exist in the first place?

Adam Brandt, the protagonist of this story, was involved in an incident caused by a terrorist group known as, "Goddess' Voices." The attack happened a year before the events of the game, and it took many lives, including the parents of the main character Adam and his little brother Scott. Now Adam is trying to move on with his life... until a sudden, and even more dangerous event occurs, but this time, a giant creature in the sky might be causing it. What will happen to him and everybody else?

Othercell features a large number of characters. These are the main four:

Adam Brandt(age: 24): A police officer whose life turned upside down one year prior to the game's events due to a terrorist attack that happened in Blue Haven's biggest mall: Cascalla Mall. He's overall a chill and kind person with a somewhat sarcastic personality.

Sofia Ashville(age: 24): A mysterious girl who came all the way from New York to seek Adam's assistance. "But why?", you might ask. She claims the world is about to end and she needs Adam's help to investigate this. Sofia is the pensive type who usually solves problems by using her head. She's can be very cold and sometimes rude, but she's also a very cooperative person.

Kate Levine(age: 23): She was once a famous actress, model and human rights activist... however, she's now struggling to survive in the Silent Side. But how did she get there? Kate is an extremely kind and caring individual. She will go out of her way just to make sure everyone she cares about is doing fine. She's kind of shy but she likes to make jokes from time to time... they're usually awful though.

Bradley Valor(age: 23): Before being stuck in the Silent Side, Bradley was a veterinarian and a very good at that! He has a very abrasive personality, likes to stay on his own, and when he feels like it, he starts fights. Makes you think he'd actually torture those poor animals, but in reality, he's very gentle with them. So why is he so aggressive to the people around him?

In Othercell, you will find enemies around the areas you're exploring, and by getting close to them, you will trigger a battle!

Depending on who the ally is, you will have from 4 to 6 main battle commands: Attack, Skill, Item, Link, Defend, Run.

- Attack: Allows you to attack an enemy with a physical move.

- Skill: Allows you to use an available skill and also utilize the Action Bar.

- Item: Allows you to use an available item in your inventory.

- Link: Allows Adam to "link" himself to an enemy and has a certain chance to work.

- Defend: Allows you to reduce the damages taken by enemies until your next turn.

- Run: Allows you to run from battle, if you're lucky enough.

- Several allies to link with

You will need WinRAR or a program that is able to extract compressed files. After compressing the file, click the folder and you'll immediately find Othercell.exe. Enjoy!

alienohat, how are you?
I need to report 2 bugs: During my gameplay, when i tried to open the file "Olala leaflet" and the game crashed.
I restarted the game and tried to not read the file about Goddess Voices and happened another bug: On the menu, appeared the scene of Adam instead the blue background.
Unfortunately i couldn't progress in the game. I gonna download again or wait for a new update.

Thank you very much for reporting! Unfortunately some of these bugs just happen as this is a demo. But I will definitely look into it, I have a list full of them! I suggest skipping the first cutscenes by pressing K after the cutscene at Cascalla Mall(the one with Adam and Scott). You'll be transported to a completely new area where you'll finally get to fight and train. However, that'll make you skip quite a lot of dialogue and you might be a little confused on how you got there to begin with. But if you're fine with watching the those cutscenes again, you're obviously free to do that. Those bugs shouldn't happen too often.

Hey man! I love your game!

I'm trying to reach you but I couldn't find your email anywhere. Where could I contact you, to discuss about a collaboration?

Oh! Sorry for the late response, I've been very busy lately and had very little time for myself! alienohat@gmail.com is my email if there's anything you need to ask. 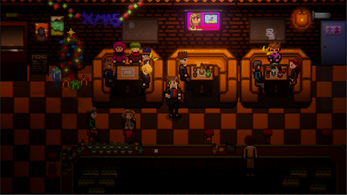 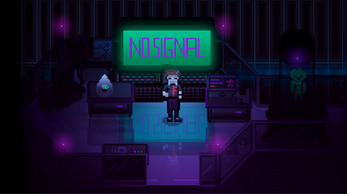 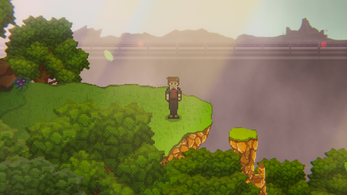 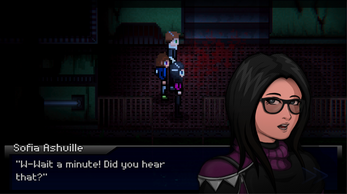 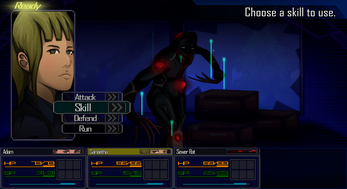 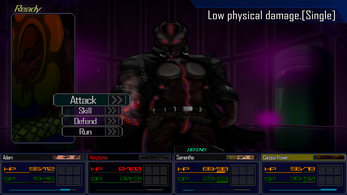